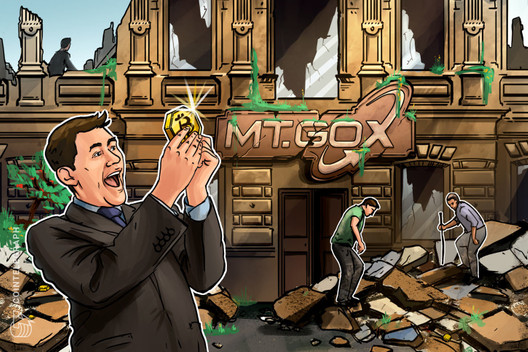 The trustee for the defunct Mt. Gox cryptocurrency exchange has drafted a rehabilitation plan for creditors.

The plan will see claims for fiat currencies, Bitcoin (BTC), and Bitcoin Cash (BCH) honored in their requested form, while all other crypto assets “will be liquidated into cash to the extent possible.»

Funds will be allocated toward the rehabilitation proceedings first, with creditors receiving funds thereafter.

Priority payments will be made to secure the interests of fiat currency claims, followed by small sum payments of up to approximately $1,800, and then prorated payments.

The draft plan asserts that the trustee “may, with the permission of the court, sell all of part of the BTC/BCH constituting the debtor’s assets” to ensure that “a sufficient amount of cash” is secured.

The trustee, attorney Nobuaki Kobayashi, states that it has chosen “not to purchase additional BTC/BCH.”

As such, it notes that “it is possible that there will be an insufficient amount of BTC/BCH as the source for distribution.” In such cases, claims requesting cryptocurrencies will receive a partial payment in fiat currency.

It is estimated that 24,000 creditors have been impacted by the exchange’s 2011 hack and subsequent collapse in 2014. The exchange’s failure resulted in the loss of 850,000 BTC.

On March 24, the trustee launched an online portal through which creditors can view documents distributed during the creditors’ meeting — then estimated to be worth $460 million.

The trustee has until March 31 to compile the final copy of its rehabilitation plan.

The former CEO of Mt. Gox, Mark Karpeles, is seeking to dismiss a lawsuit against him alleging common fraud.

In a filing submitted to the court on March 16, Karpeles took aim at the last remaining plaintiff in what was previously a class-action suit, Gregory Greene, for changing his claims against Karpeles midway through the case.

Green has previously voluntarily dismissed two other claims made against the former CEO.